Scotland’s large budget deficit shrank in the last financial year to its lowest since 2012 but remained far larger in percentage terms than that of the UK as a whole, Scottish government data showed. 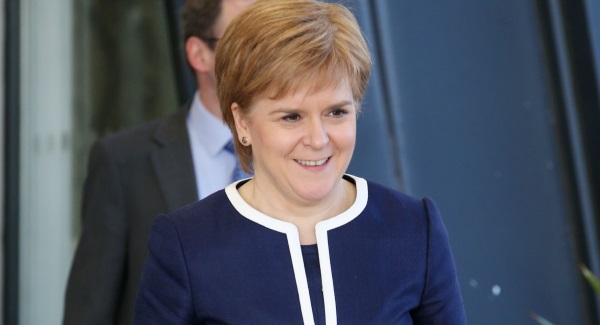 The health of Scotland’s economy, as the UK prepares to leave the EU in March 2019, is a key issue affecting Scottish voters’ appetite for independence. Opinion polls put support for independence at about 45%.

She said she was not opposed to the UK holding a second vote on EU membership — a cause championed by an increasing number of people opposed to Brexit.

But with a majority of voters in Scotland having already voted in the 2016 referendum on EU membership to stay in the EU, Ms Sturgeon said, the question for Scots now was whether they should continue to be part of a Britain heading for Brexit. In 2014, Scotland voted to stay in the UK by 55% to 45%.

British prime minister Theresa May has ruled out a second vote on EU membership and says it is “not the time” for another Scottish independence vote.

Per capita public spending in Scotland was £1,576 more than the UK average, supported by taxes from other parts of the UK.

Grafton Group shares rose by over 2% on the back of the builders merchanting business posting better-than-expected first half profits and saying it remains on course to meet full-year growth targets.

The stock, which was up by 5% at one point, was also boosted by Canadian investor Edgepoint Investment Group increasing its stake in the Dublin-headquartered company from 5% to 6.1%. 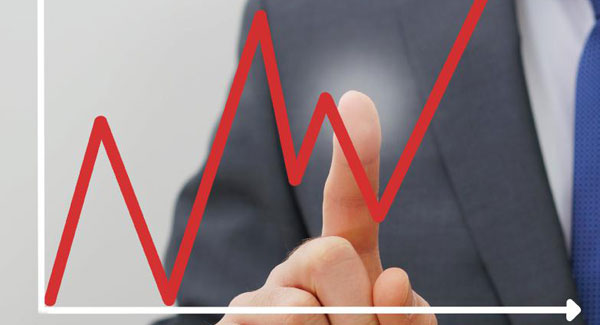 Analyst consensus, for the full year, is for Grafton to generate pre-tax profits of £171m and revenues of £2.89bn; respective increases of 9% and 6.6%.

The strong first-half performance was largely driven by the core UK merchanting division, which contributes nearly 70% to group revenues. It saw 6.7% revenue growth to £976m.

The Irish and Dutch merchanting divisions also saw sales rise — by 7.6% and 18.8% respectively — and the group’s retail revenues, from its Woodie’s DIY chain grew by nearly 16% to £97.8m.

Similarly, Grafton is pleased with momentum in Ireland.

Mr Slark said the pace of housebuilding growth here may be slow but is at a sensible level which looks manageable and sustainable.

It is unlikely to buy in Ireland, but could look at new geographies as well as strengthening its British and Dutch portfolios. However, Mr Slark said last week’s €160m-raising US private placement announcement, which will widen the group’s funding sources, does not mean Grafton is looking for an operational presence across the Atlantic.

He reiterated that Grafton remains committed to its loss-making Belgian business, which he said is on course to make a small profit this year. First half revenues at the Belgium merchanting business fell by nearly 3% to £45.2m with operating profit down almost 80% at £100,000.

Analysts welcomed the figures. Davy said it will likely increase its full-year profit estimates for Grafton by 2%-3%.

[quote]Grafton is outperforming within the industry. When Travis Perkins reported an 11% decline in interim profits a few weeks back, consensus was quick to tar every other construction materials company with the same brush,” he said.[/quote]

The firm, which hopes to challenge Uber, plans to expand into Manchester before operating nationwide by the end of the year.

It says it has launched “across South Wales”, including Cardiff, Swansea and Vale of Glamorgan.

Ola claims it is the only app offering both private hire vehicles (PHVs) and black cabs through “one consumer-friendly platform” in the UK.

It has pledged to “lead the industry” with its approach to passenger safety, including its screening of drivers and support services.

Founded in 2011, Ola operates in more than 110 cities across India and Australia, with one million drivers.

Ola UK managing director Ben Legg said: “This is an exciting moment for everyone at Ola and we are very pleased that South Wales is where we will be starting our UK journey.

“Over recent weeks, Ola has received positive feedback from drivers in South Wales and looks forward to providing passengers with a dynamic, new responsible service.

“We are determined to do a great job for the community and work closely with local authorities to help with their mobility goals.”

Uber is used in 600 cities across 65 countries and has three million drivers.

In June it won a partial victory when a judge granted it a short-term operating licence in London after the permit was not renewed over safety concerns.

The UK communications watchdog has launched an investigation into the business parcel delivery sector over competition concerns.

Ofcom said the probe would determine whether arrangements between companies was ultimately breaching EU law.

It said the investigation would look into “suspected market sharing and/or customer allocation arrangements between operators in the business parcel delivery sector in the UK and/or European Union.”

Those arrangements will be scrutinised over whether they prevented, restricted or distorted competition in the UK or EU.

A spokesman for Ofcom refused to outline which firms were being investigated.

The watchdog said the investigation was at an “early stage”, and stressed it had not yet concluded whether competition law had been breached.

The company was accused of abusing its dominant position by discriminating against its only major competitor for delivering letters, Whistl.

The price rises meant that any of Royal Mail’s wholesale customers seeking to compete with it by delivering letters in some parts of the country, as Whistl was, would have to pay higher prices in the remaining areas – where it used Royal Mail for delivery.

Following notification of these new prices, Whistl suspended plans to extend delivery services to new parts of the UK.

Royal Mail said last week that it plans to appeal against Ofcom’s decision, claiming its price changes were “never implemented or paid”.

Artificial intelligence has the potential to wipe out thousands of British jobs, the Bank of England’s chief economist has warned.

“The first three industrial revolutions have been about largely machines replacing humans doing principally manual tasks, whereas the fourth will be different.

“All of a sudden it will be the machine replacing humans doing thinking things, as well as doing things,” Mr Haldane told BBC Radio 4’s Today programme.

He added that the “hollowing out” in the past could be on a greater scale in the future.

His comments echo those of the Bank’s Governor, Mark Carney, who has previously spoken about large-scale technological disruption to the jobs market.

Mr Haldane added: “Given that the scale of job loss, job displacement is likely to be at least as large as that of the first three industrial revolutions, we will need even greater numbers of new jobs to be created in the future if we are not to suffer this longer term feature called technological unemployment.